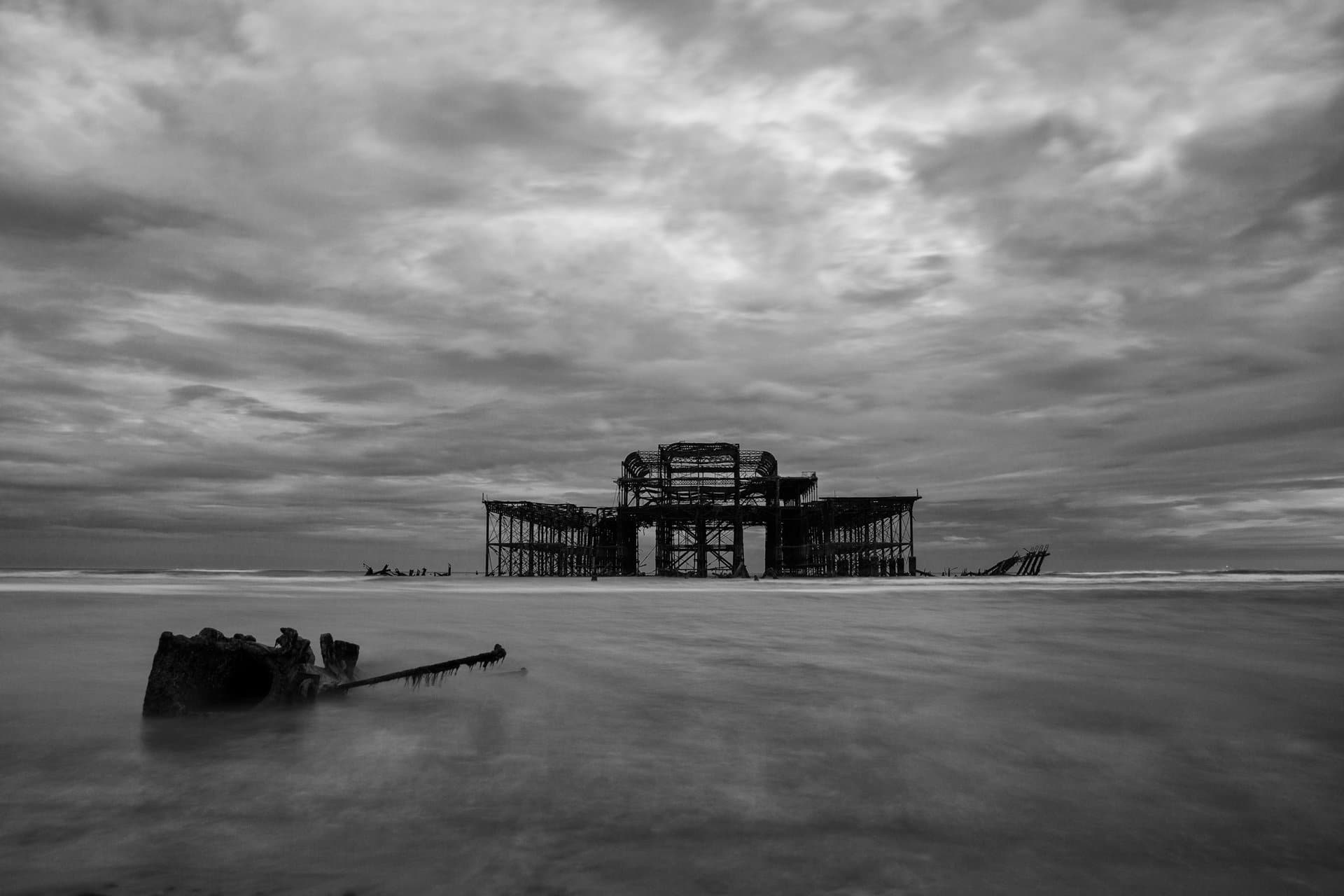 New Photography Gear never made a photographer better, only our imagination, hard work and creativity can do that..

I’ll start by saying this list is comprised only of kit that I use regularly. There is nothing controversial here but I would say straight out that I don’t think there is any really significant difference between Sony, Canon and Nikon cameras and lenses these days. My preference for Canon is based on experience and my ownership of their lenses. The fact is that after ten years of commercial shooting, I know exactly how to nail a shot true to my vision with Canon cameras. Others will prefer Sony, others Nikon. Probably for exactly the same reason.

I’m a DSLR guy. I’ve nothing against mirrorless cameras, in fact I’d really love to have one. I just can’t justify the expense as the 5DS in particular offers pretty close resolution and given that my audience is primarily on the internet I can’t see the upgrade making any significant difference. Apart from the 5DS I have 5Ds Mk IV and Mk III.

The Canon 550D has the same 18 MP APS-C sensor as the 7D. Although it lacked the dual processor of the 7D it is still a decent camera. In fact when I opted to upgrade to full frame it was the 7D that I sold. I had my 550D converted to infrared a couple of years ago and its given the camera a new lease of life.

360° Cameras were fascinating when they first appeared and as well as the gimmicks I found ways to use the video capability creatively in ordinary video. You’d never know that we didn’t hire a crane or a helicopter in those sequences!

Action Cameras – the GoPro Hero 6 is practically antique at this stage but I’m getting some use out of it still in the videos I’m making in Andalucia. The DJI Pocket 2 is an astounding camera. Not really an action camera as its quite fragile but in terms of documenting some of my location scouting expeditions its a marvel.

As a commercial photographer I picked my lenses on quality for the job at hand. Now that I’m focusing more on landscape work I’ve no doubt that some will seem superfluous. I’ll probably swap the 17-40 out for a 16-35mm at some point but other than that I’m pretty happy that I’m covered for most eventualities.

Lights are really for studio work and I got great value from my Elinchrom kit. The LumeCube lights are great for lighting video, getting light into places you struggle with.

The only filters I absolutely have to have are the circular polariser, the Stopper series and the ND Filters. Pretty much everything else can be done on Photoshop these days. Of course you have to shoot for the edit and that might mean bracketing to capture the entire dynamic range in a scene. I’ve been a Lee Filters man since day one and I would only change if something a little less fragile and more glove friendly became available!

I’ve recently acquired a Feisol tripod and absolutely love it. The Giottos MTL was a great studio tripod that served me well for ten years. The Vitruvium was the innovative tripod in its day and both of these have lasted me ten years. The Bushman I bought for 360 shoots and the Gorillapods for just in case scenarios. I’ve actually redeployed the Gorillapods now for video. They suit the DJI Pocket perfectly, really opening up the range of viewpoints quite dramatically.

The Drone is a glorified gimbal at the end of the day. The Phantom 4 has the best camera outside of the Mavic Pro 3 and I haven’t seen the need to upgrade, though the size factor is a slight problem.

You need decent tripod heads for stability. In the studio, my three-way Giottos Head was perfectly acceptable, but outside is a whole different ballgame. I bought Acratech heads recently for my landscape and panoramic photography and although they were expensive, it’s money well spent. I also use Kirk Photographic base plates and a Kirk L Bracket that fits the cameras like a glove. By far the best design I’ve seen.

Adobe still lead the way in post production and with techniques like luminosity blending and masking they are consolidating their position as essential creative tools.

My software journey has been built around Adobe for ten years. I’ve had excursions into Capture One and DXO PhotoLab but neither of them manage my libraries as well as Lightroom and although both of those vendors have arguably better RAW processors I find that as I’ve moved towards Photoshop as a primary processing tool it doesn’t really matter.

I’m still a big fan of DxO Pure RAW. It’s the best pre processing software I’ve found in terms of camera/lens corrections and noise removal. Viewpoint is better than anything in the Adobe stable and the Nik Collection also has much to offer – I haven’t found anything as good as Silver Efex Pro and the contrast tools in Color Efex are excellent..

In terms of a settled workflow, for 90% of my pictures I’ll use a Lightroom catalogue to store and manage the photos but I feed them through Pure Raw to get the basic lens corrections done before I start processing. I’m not sure if this is a craft thing or an indulgence but I’m increasingly using Photoshop for all of my processing. I use the Lumenzia panel to dodge and burn, create luminosity masks and WebSharp Pro for outputting.

Layer based image processing is in my opinion the most flexible and sensible way to process images. Photoshop excels at this and consequently has the largest market share. Adobe Lightroom is by far the best library management software on the market.

Lumenzia is a Photoshop panel by Greg Benz that creates luminosity masks and contains several very useful shortcuts built around that capability. It’s the best panel I’ve used and the only one I’ve kept. The reason it works better for me is that it mirrors very closely the way that I work with my photographs so I don’t have to adjust my workflow.

A few words about the Nik Collection. I use Silver Efex Pro for black and white conversion. I’ve been using it for ever and haven’t seen anything remotely as good from other vendors. I use Color Efex Pro largely for web and social media images, to get a little extra ‘pop’.

Hands down the best panorama stitching software. I used this exclusively for 360° Panoramas and more often than not for Gigapixel panoramas.

Pano2VR, like KRPano renders a panorama in an html 5 wrapper. This is beneficial to serving over the internet as it breaks the huge panorama file up into hundreds of ’tiles’ that are quick to download and can be reassembled in the browser. If this sounds slow, it isn’t. Read my tutorial over at Helter Skelter Digital on setting up hosting for panoramas using Amazon S3 and Cloudfront.

Also uses an HTML 5 wrapper and is on balance a little more user friendly than Pano2VR. Contains some very useful tools such as the ability to embed video onto a screen within the panorama.

I spent fourteen years as an IT consultant so I’m very picky about storage. We used to have a saying that a document doesn’t exist unless there is more than one copy. The same can be said of pictures. Basically the CF or Micro SD cards in the camera have to be backed up. If I’m on a trip I’ll use a Sandisk Extreme 1 Tb portable SSD drive and copy the cards to it every night. Back at base, I use G-Technology G-DRIVE ev RaW 1 Tb drives to edit on. I have quite a few of these now and I think they have been sunset so I won’t provide a link. When I can’t get any more, I’ll use the Sandisk drives instead.

Once edited, I discard everything except the keepers and archive the session on a Synology RAID drive. This in its turn is automatically synched to Backblaze cloud storage.

There are an abundance of photo related apps with more arriving daily and others falling by the wayside. Listing them seems like a futile exercise as the list would be out of date by the time I finished it. So I’ve arrived at a core set that have provided actual value to me for more than a year in various ways. These links are all iOS, but most are available for Android too.

The Photographer’s Ephemeris and Photo Pills. two apps that are indispensable for landscape photography planning. I’ver recently discovered an app called Artist’s Viewfinder that is genius. It emulates the field of view for any camera/lens combo you dial in and is something I find myself using more and more to plan compositions when I’m scouting a location. Also worth looking at What3Words – an app that allows you to pinpoint any 3 metre square on the planet. Meteo Blue is my favourite weather app.

Pocket Light Meter, Lee Stopper App (App Store), the exposure calculator for the Lee Stopper ND Filters. Sky Guide (App Store) – a remarkable app that lets you see in real time, what stars are available relative to your position, and time. Invaluable for night sky photography in locating the North Star for example, but also because you can set the time and look ahead which makes it excellent for planning too.